Can You Take Your Phone In A Sauna? Our Thoughts Might Suprise You. 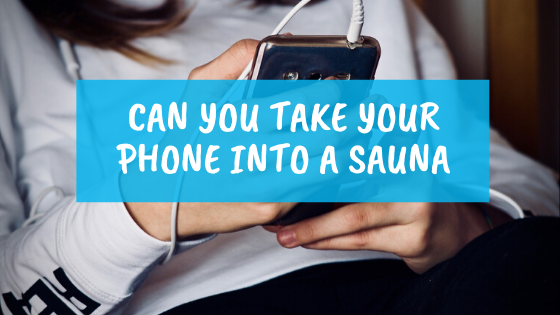 Your Phone In A Sauna. Is It Really Ok?

Isn’t it funny only 15 years ago this question wouldn’t of even be raised, would it? If someone came up to you and asked, can you take your phone in a sauna you’d probably look at them in a weird way.

Well not now it’s a normal thing to take your phone pretty much everywhere you go and it seems like the sauna is just another one of those places. And that’s fair I totally understand, we have everything on our phones now, including music.

The sauna was and still is a place to relax, unwind and get away from the worry of the world and our day to day issues. Recharge yourself for around 30 minutes reset and get on with life.

So, can you take your phone into a sauna? Well, the answer is yes you can take it into a sauna. That’s the answer you want to hear but should you? Well no, not really, and yes at the same time, so I’ll explain why it’s not a good idea but ok as well.

There’s a number of directions you can take with this, so ill do my best to cover them all. I want to give you the best answers possible you can so you can decide for yourself whether its a good idea for you or not.

First, you need to think about your phone. Saunas can get very hot and especially the infrared sauna. Can the phone handle the heat ok? What about the moisture in some saunas? That can play a role as well. Plus you also have the sauna protocol. Is it the right thing to do?

Yes You Can Take Your Phone In A Sauna, But They Won’t Like It, to a degree.

This is the exact reason why you need to think about your phone before you make any quick decisions. Before you enter the sauna, realize what the heat might do to your phone. Especially the high heats it will be exposed to, infrared saunas get over 100F and not too many phones can handle that kind of heat for a long period of time, and regular saunas can get even higher.

Temperatures this high can easily overheat your phones and cause all sorts of issues, is it really worth the risk?

The heat can do real damage to your SIM and SD cards and in some cases can actually melt the outer sections of the phone. The extreme heat can also reduce your battery life and can play with the electricals which can cause you to lose data. Doesn’t sound ideal, does it?

We Spoke To The Experts

Having said all that what I did was reached out to my friends at www.neosaunas.com. Why? Because they actually sell their infrared saunas with phone cases built into them, which I thought was pretty cool and I was interested to get their thoughts on this subject.

Mandie made a really good point in saying she does take her iPhone into her sauna but refrains from watching anything on video, this will heat the phone up much quicker than normal. Anyway, I’ll let her explain. Below was their answer.

Thanks for reaching out! Yes, we do include a phone/tablet holder with our saunas. It’s up to each individual whether or not they are willing to take the risk of taking their phone in the sauna with them. As an iPhone user myself (iPhone 7 Plus) I always take my phone in the sauna with me and have never had any issues with overheating (though the screen does become more difficult to interact with as you sweat more/it gets hot).

Most phones have a sensor built-in that will cause them to turn off when they reach extreme temperatures that could present damage to the phone/tablet. It also makes a difference what you are doing with the phone while in the sauna – watching YouTube videos is more likely to cause your phone to overheat than streaming audio with the screen turned off would. Again, each person needs to make the choice on their own whether or not they think it is ok to take their particular device in with them. Hopefully, that helps clarify things for you. If I can be of further assistance, please let me know.

Other Things To Consider When Taking Your Phone In A Sauna

The purpose of getting into a sauna is to sweat and sweat a lot, you’ll be dripping in loads of sweat, down your arms and yes onto your phone, now that cannot be good. Although some phones can be water-resistant I’m not too sure about sweat resistant.

This is a factor that you might not have been considered. Although you might have yourself a towel which will help I’m not sure it’s worth the risk.

What does germ have to do with your phone? This is only the case if you take your phone into a public sauna. If you have your own at home this won’t apply.

When you shower you will be nice and clean with all the nasty germs wiped away with your town and the fresh clean water. What about your phone? Do you even wipe it down? Being in a sauna with your phone as I said could get heavily contaminated with germs.

Who actually remembers to clean down their phone? I know I’ve been guilty of this in the past.

What About Sauna Etiquette.

This can be a big one, especially if you’re using a public sauna. If you have your own home infrared sauna, well this is not going to be an issue at all. You can do what you want if your int there by yourself. That’s the benefits of having your own infrared sauna at home.

On the other hand, being in a public sauna you have to be respectful of others and the rules, as some sauna places may not even allow phones into the sauna.

As I’ve already mentioned a sauna is a place to relax and unwind and if your in there with a phone being disruptive well that’s not really fair on the others that are in there.

So whether you’re talking on the phone or your browsing the socials you just need to respect others if you choose to go down that path. 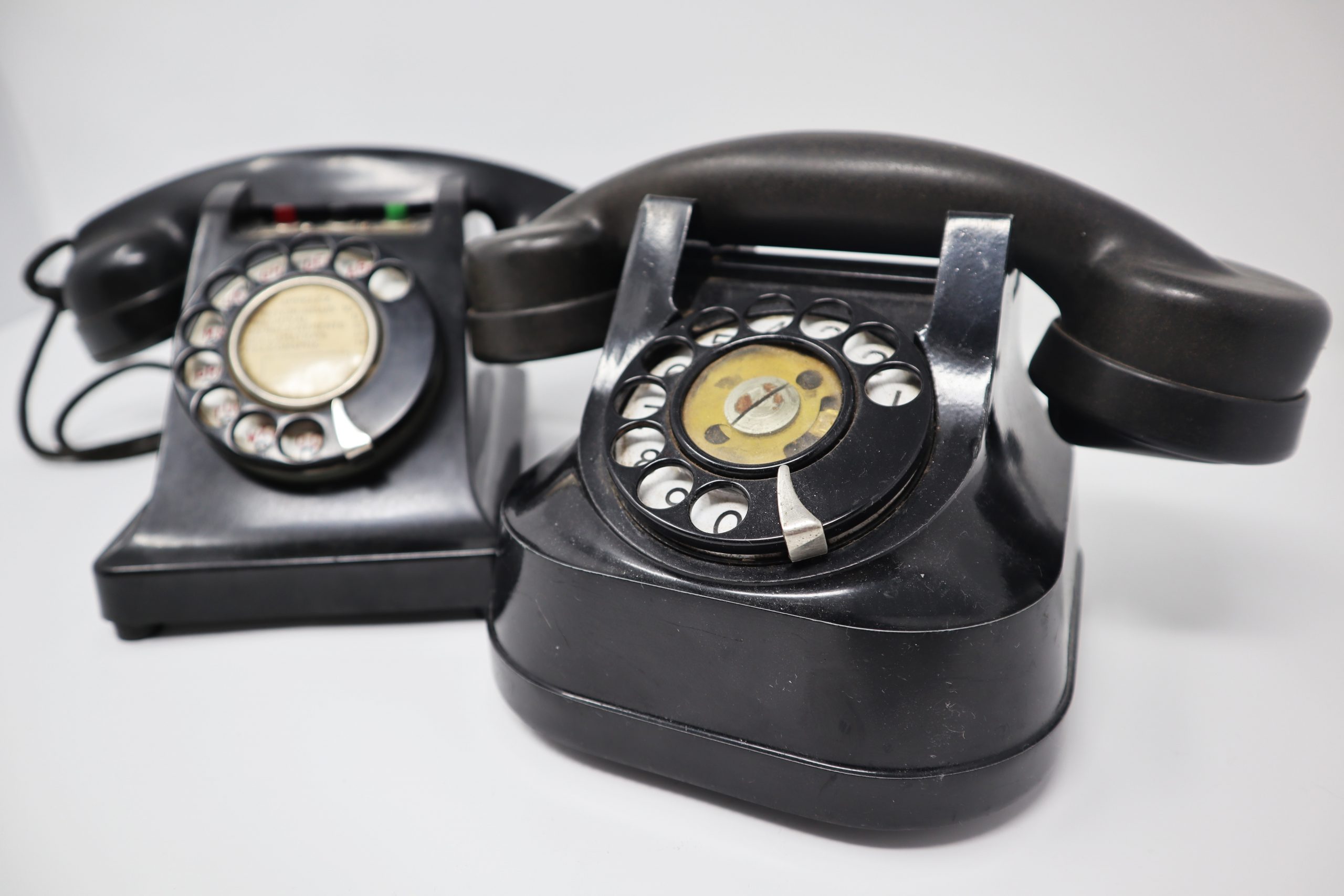 Not quite the iPhone

Though this might be interesting for you to take a look at. I’ll cover the two most common phones. The iPhone and the Samsung. It’s interesting reading. This will give you an idea of the limits of each phone.

Samsung phones are known to be a little more heat resistant over the iPhone. The battery on this phone will stop charging at around 113 F. I didn’t know this but phones have a shut off point. Samsung is at 185 F and it will shut off. But we highly recommend not to get your phone to this temperature, you just never know what may happen, and I’m not going to be the one who tests this theory out either.

iPhones are a little different as they are not as heat resistant as the android types. And there’s a big difference in the two temperatures. The maximum usage is suggested around 85F and the max temps are around the 113F mark. With how expensive our phones are especially the iPhone, we don’t recommend you test this theory out. On the iPhone, there is a temperature warning alert that will be triggered if you get anywhere near to those temps.

With this info at least you can be aware of the limits of the phone. And at least the iPhone gives you a warning.

As the temperatures show, its probably not the best idea to take a phone in a sauna. Different saunas have different temperatures, and if your using an infrared sauna their highest temps are very close to the limits of the phones, or for at least the iPhone.

The android can take it a little bit more, but as I said before I wouldn’t be testing this out as I’m not sure how long it takes the phones to actually get to these temperatures either, not that’s another question altogether.

Plus if you’re using a steam sauna you also have the humidity to contend with.

As I also mentioned infrared saunas do operate at a lower temp so for a short time so this is an advantage.

Can you bring headphones into a sauna?

Ok, well the answer to this is yes you can but that was the same answer I gave for the phone, having said that, yes you can bring headphones into a sauna these are not as sensitive as phones are but you can damage them also with the extreme heat conditions.

If your taking headphones into a sauna that means you are using your phone, although in saying that some saunas especially the infrared sauna do have additional features built-in that does include the ability to play music in the sauna.

Well, I hope we have answered your question well enough for you to make the best choice based on what we have said and your needs. Look I get it I take my phone everywhere as well and often listen to stuff on my phone.